In the first part of our article about the development of Bonfire, designer Stefan Feld, illustrator Dennis Lohausen, and editor Ralph Bruhn provided insights into the development of the basic stripe mechanism as well as the work they did on the graphics. 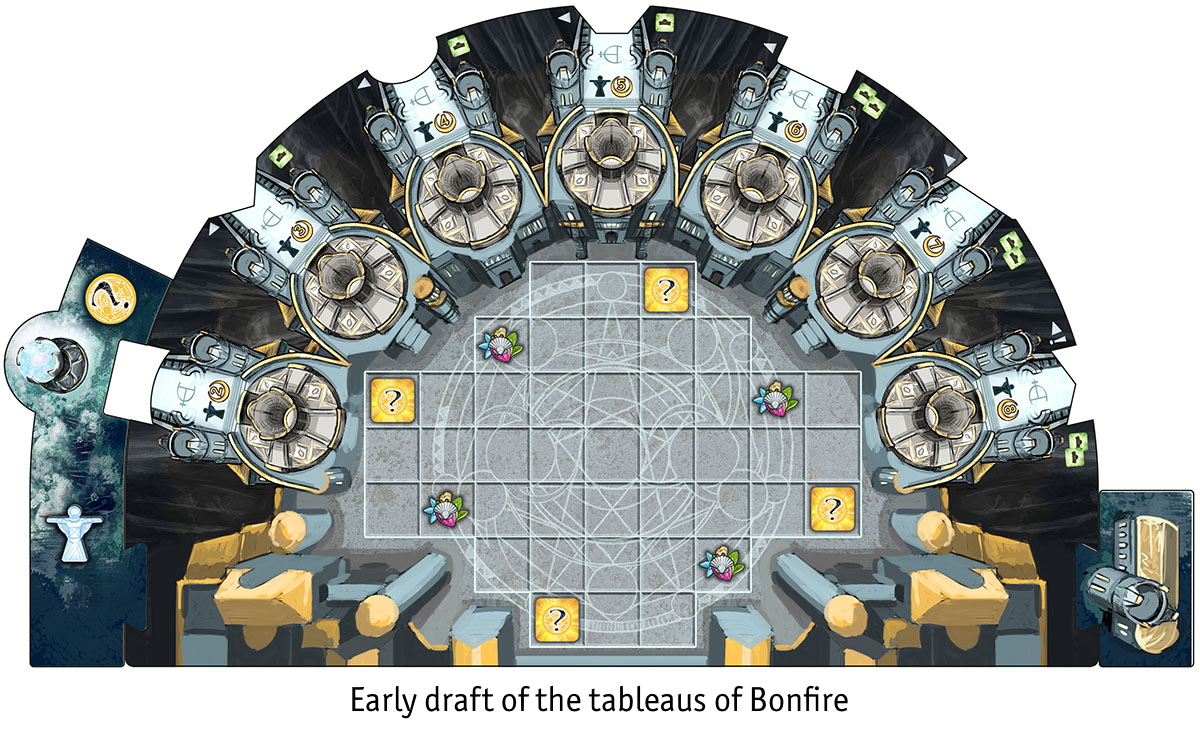 Besides the fine-tuning of the game’s basic mechanics, the development team worked on the conditions which mark the beginning of the end of the game. Their purpose was to not define a fixed ending but instead let players decide when to start finishing the game, without shortening or lengthening it too much. A fixed number of rounds wouldn’t come into consideration as Ralph says “With a fixed number of rounds you can always see beginners get the feeling of not having begun yet whereas advanced players already can’t perform reasonable moves.” Stefan adds that “We tried to connect the fate tiles, formerly known as ‘stripes,’ with the game’s ending for a long time. But with different ways to play, it may lead to a really big variety of game lengths.”

Finally the idea came up to make the solved tasks a criterion. Ralph says, “It was tedious to have to count the solved tasks over and over again and playtesters often forget to to use a central counter. The crucial idea was to introduce the novices, which bring important rewards and who wouldn’t be forgotten so easily. So after all we do have a central counter in the game – the novices. Counting them is easy and fast enough.”

To have a true complete gaming experience, the graphics are also essential. Which meaning does the symbolic language have? Dennis explains: “The development of a symbolic language and its placement on the material is the most important and most extensive part of illustrating a complex game like Bonfire. At the same time, this is the point where Stefan, Ralph, and I worked together the closest. Especially Ralph, who has a fine sense for inconsistencies in the symbolic language and an eagle’s eye for contradictions in the use of arrows, colons, and so on. On the base of the prototype, I usually create a first concept. I try to introduce the least number of unique symbols, just enough to communicate as clearly as possible. I don’t want to create hieroglyphic chains which no one understands, but I also don’t want to miss any information or have any misunderstandings. The concepts are tested in several game rounds, where they are questioned critically. Most of the time there will be correction rounds and new tests until everything fits the best possible way.”

Stefan adds that “It’s always a great pleasure every time I hear Dennis will illustrate one of my games. He dives deep into the games like no other and provides so many great ideas for the game design and the theme. He’s the symbolic god among graphic designers. All the game mechanics are supported by his symbolic language in a truly great manner. 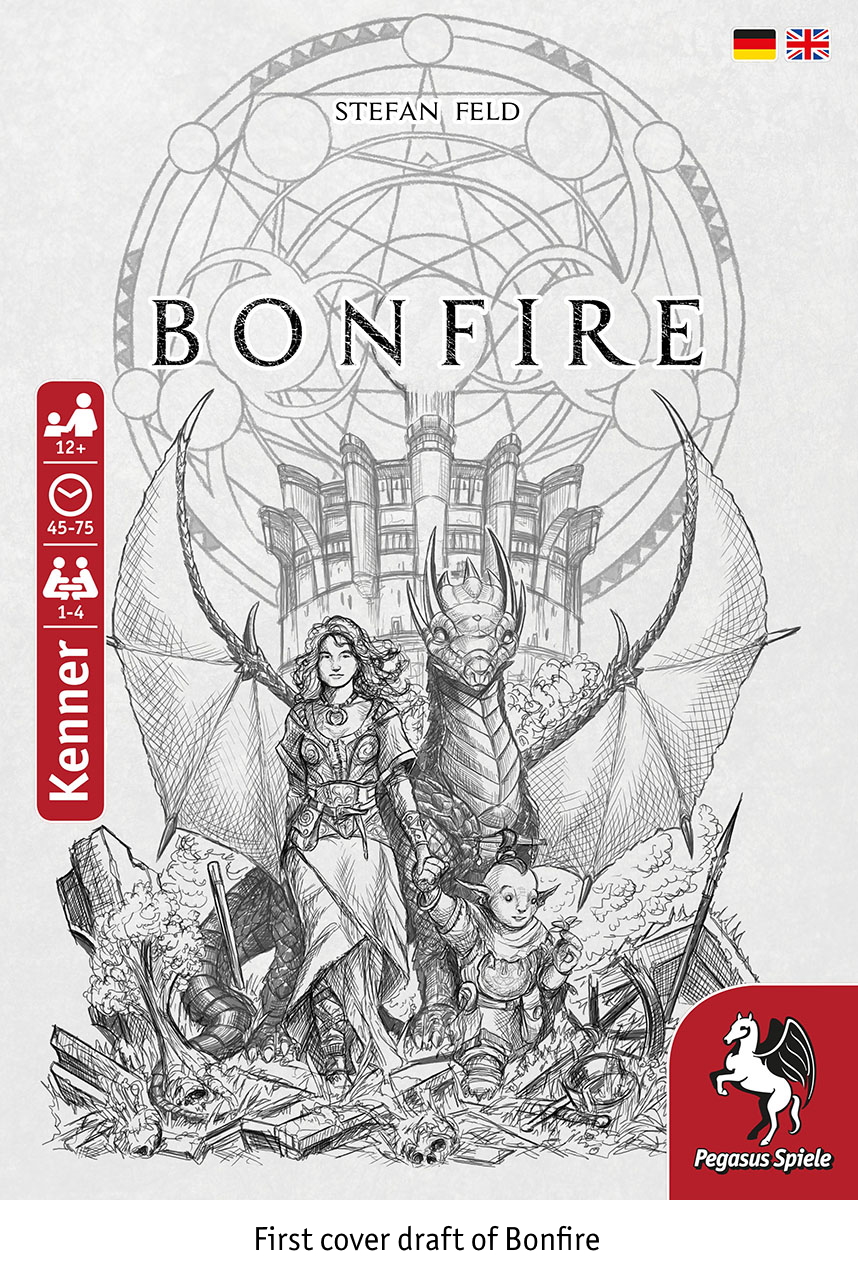 Even if Bonfire was in development since 2017, the covid-19 pandemic has a strong meaning to it, tells Ralph. “At first the game was intended for 2-4 players. Due to Covid-19 the demand for single-player games became bigger and bigger. And since we couldn't do the tests in groups anymore, I developed a solo version. The basic idea to use a deck out of 8 cards as a virtual contender to simulate playing actions came from Tim Schleimer, one of our main playtesters.”

Editor Ralph is the connective link who I interfaces between designer and illustrator. He combines changes in rules, mechanics, and even illustrations together  Stefan and Dennis usually had met each other only at trade fairs and other bigger game related events. But Bonfire was something special in this case as well, as Dennis relates. “During the work on Bonfire we had one meeting together to test the game and then brainstorming about the graphics. This exchange of ideas was very helpful, even if a round of Bonfire against Ralph and Stefan can be very disappointing :D. Luckily both of them gave me discreet hints during the game, so that my results weren’t that bad. Apart from having no chance against the two of them, it was a great pleasure for me to work with them.”